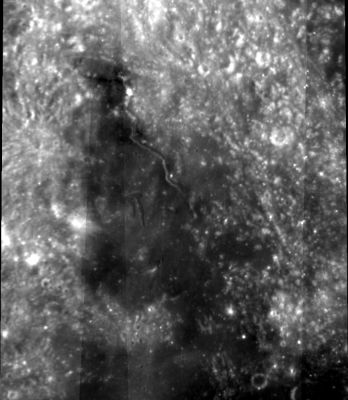 This Clementine image shows the dark region Sinus Fidei (south of Conon) and the zig-zag'esque Rima Conon running over it.