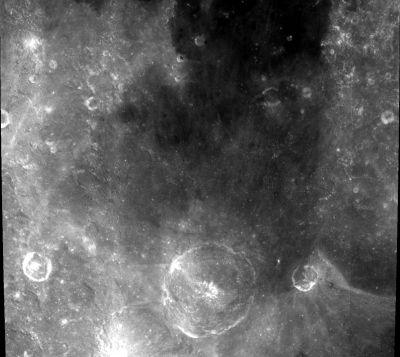 Clementine
The pronounced crater near the lower margin of this Clementine photograph is Theophilus.

LPOD Photo Gallery Lunar Orbiter Images Apollo Images (the name Sinus Asperitatis is not mentioned in the search engine of the Apollo Image Atlas) (to compile an additional list of orbital Apollo photographs of this region north of Theophilus would be interesting).