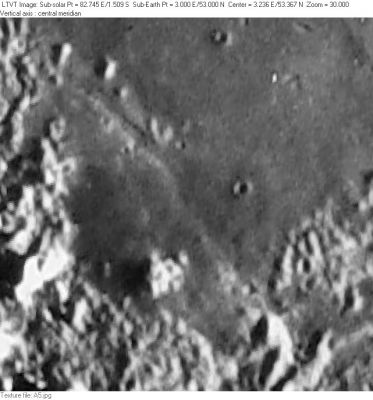 Consolidated Lunar Atlas -- Plate A5 This view is centered on a portion of Mare Frigoris north of Vallis Alpes and southwest of Protagoras. The graben-like channel of Rima Archytas can be seen passing between some low hills and unnamed craters in the upper left (at about 53.8°N/2.7°E). On still lower sun angle views it appears to extend south as a very shallow trough.