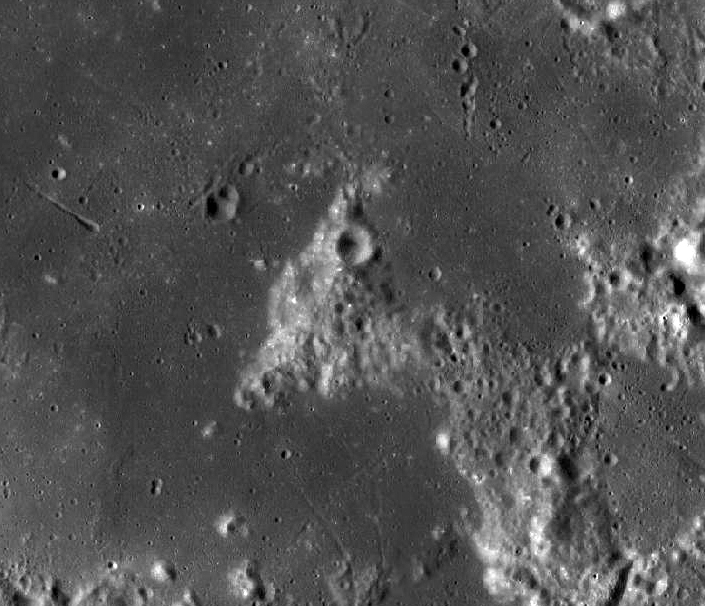 - JohnMoore2
Triangular-shaped Mount Marilyn and crater Secchi O at its northern "corner". The odd crater immediately northwest of Mount Marilyn is known as Weatherford, which is one of the NASA-related names from astronaut Thomas Stafford of Apollo 10.

Mount Marilyn is a very easy target for all sorts of telescopes and large binoculars! Once in the sixties, this triangle-shaped formation played an important role during the missions of Apollo 8, Apollo 10, and Apollo 11, because it was one of the many signposts on the (westward) road to the zone of a possible landing site north of Moltke!

Mount Marilyn was officially named by the IAU on 26 July 2017
It was also known as Secchi Theta, as part of Montes Secchi

IAU official page
The source of the name Mount Marilyn was the NASA during the hey-days of Project Apollo, more precisely astronaut James Lovell of Apollo 8. Lovell's wife seems to have been the real source of the name Mount Marilyn.
Would have been great if every one of the 24 Apollo astronauts who went to the moon invented names for pronounced mountain-like formations on the moon, all named after their wives...