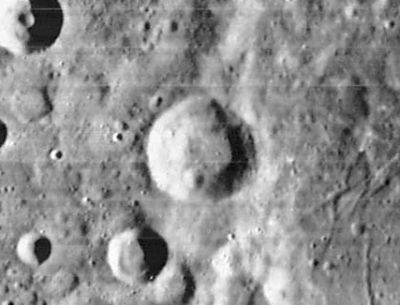 (IAU Directions) LOCKYER.--A prominent deep ring-plain, 32 miles in diameter, with massive bright lofty walls, standing just outside the S.W. border of Janssen. Schmidt shows a minute crater on the S. rim. I have seen a crater within, at the inner foot of the E. wall, and a central peak.