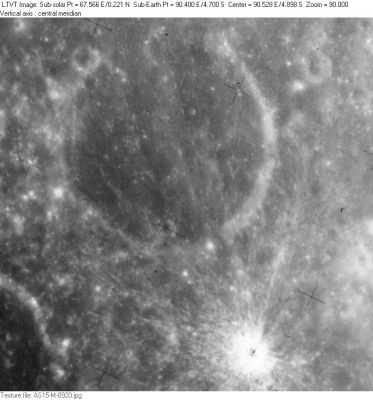 AS15-M-0920 When the Sun is high (66.6 deg in this view), the floor of Hume, the large crater at the top, appears to be sprayed with rays from the unnamed fresh crater at the bottom. In the lower left corner, 23-km Swasey is partially visible.

Is this the same David Hume as the IAU's?
Carl Sagan (page 79) :
"David Hume, in many cases an uncompromising rationalist, at least toyed with the notion that comets were the reproductive cells - the eggs or sperm - of planetary systems, that planets are produced by a kind of interstellar sex."