Fermi - with craters Babakin, Diderot, and Litke on its floor 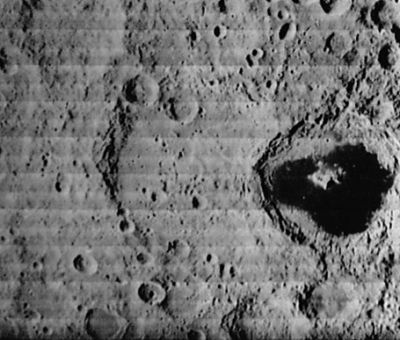 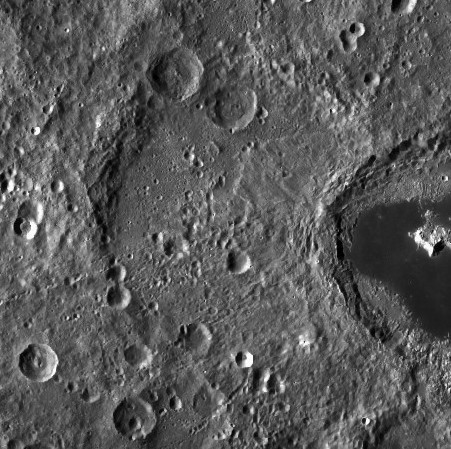 left. LOI-136-M Fermi is the large crater to the left of dark-floored Tsiolkovskiy. right: LROC

LPOD Photo Gallery Lunar Orbiter Images Apollo Images
- An unnamed high-albedo crater immediately west of Fermi (at 117° East/ 20° South) was photographed during the mission of Apollo 8 (frame AS8-13-2256). To detect the location of this unnamed crater, one should take a look at page 202 (LAC 101) of the Clementine Atlas of the Moon.
Research: Danny Caes