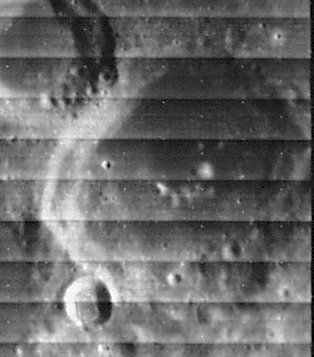 (IAU Directions) COLOMBO.--A fine ring-plain, about 50 miles in diameter, situated in the highlands separating the Mare Foecunditatis and the Mare Nectaris. The wall, rising at one place to a height of 8,000 feet above the floor, is very complicated and irregular, being traversed within by many terraces, and almost everywhere by cross-valleys. Its shape is greatly distorted by the large ring-plain a, which abuts on its N.W. flank. It loses its individuality altogether on the S., its place being occupied by two large depressions, and lofty mountains trending towards the S.W. In the centre there are several distinct bright elevations.