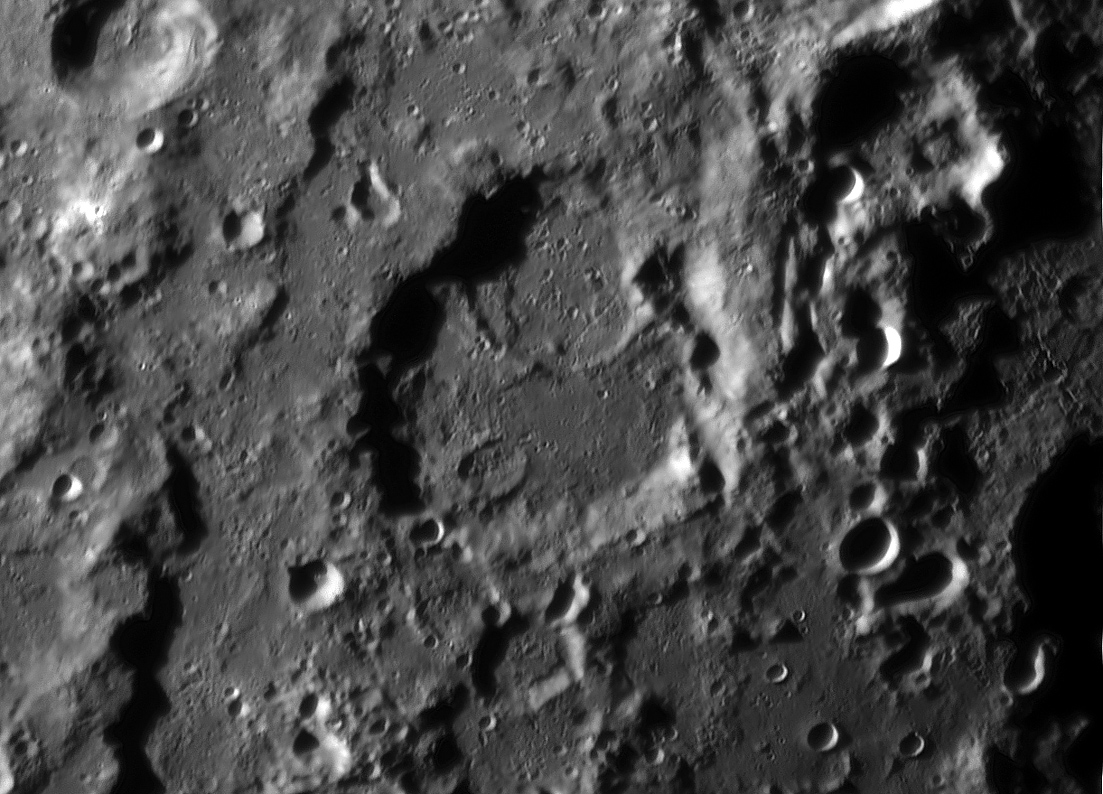 (IAU Directions) CATHERINA.--The largest of the three great formations: a ring-plain with a very irregular outline, extending more than 70 miles in a meridional direction, and of still greater width. The wall is comparatively narrow and low on the N.W. (8,000 feet above the floor), but on the N.E. it rises to more than double this height, and is broken by some large depressions. The inner slope on the S.W. is very gentle, and includes two bright craters, but exhibits only slight indications of terraces. The most remarkable features on an otherwise even interior are the large low narrow ring (with a crater within it), occupying fully a third of the area of the floor, and a large ring-plain on the S. side.