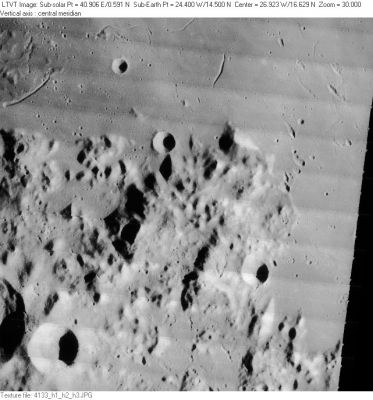 Cape Banat at centre of frame. The large crater straddling the margin at the lower left is T. Mayer, with T. Mayer A to its right. The cape extends diagonally up from this, ending in the pyramid-shaped peak at its tip. Note the peculiar snake like depression north of Cape Banat, which is a good test object for common amateur telescopes.