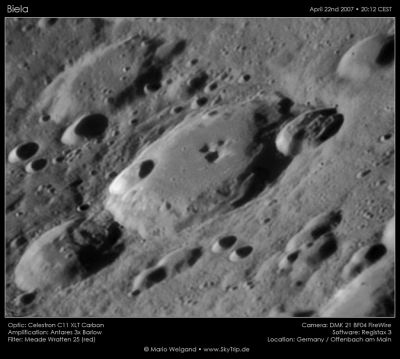 (IAU Directions) BIELA.--A considerable ring-plain, about 55 miles in diameter, S.E. of Janssen, with a wall broken on the N.E., S., and W. by rings and large enclosures. There is a central mountain, but apparently no other details on the floor.