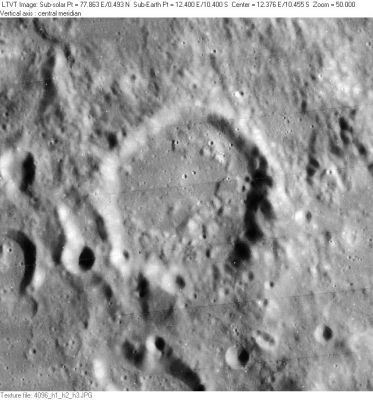 LO-IV-096H A number of lettered craters associated with Andel are visible in this view. Part of the ancient 27-km diameter Andel M is visible in the upper left corner, below that is 8-km Andel N, and below that the eastern half of 14-km Andel A.

Somewhere over the Rainbow (Andel and its environs during local sunset).