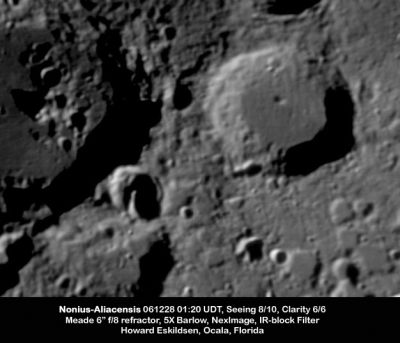 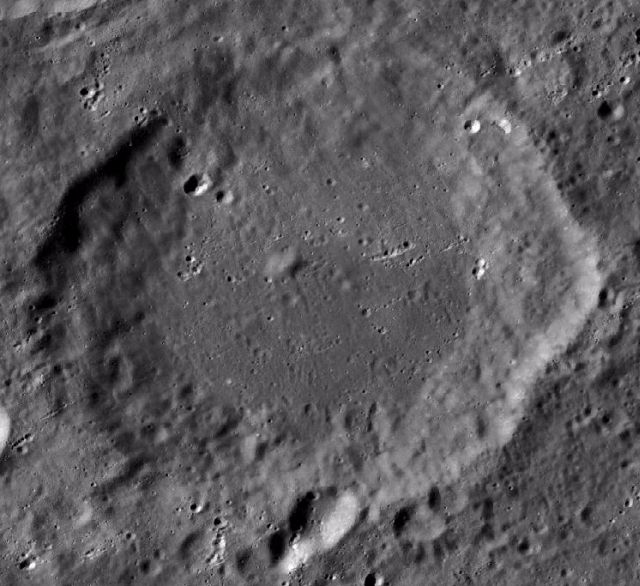 Howard Eskildsen (on the left), picture on the right from LRO.

(IAU Directions) ALIACENSIS.--This ring-plain, 53 miles in diameter, with its neighbour Werner on the N.W., are beautiful telescopic objects under a low sun. Its lofty terraced border rises at one peak on the W. to the tremendous height of 16,500 feet, and at another on the opposite side to nearly 12,000 feet above the floor. The wall on the S. is broken by a crater, and on the E. traversed by narrow passes. There is also a prominent crater on the inner slope of the N.W. wall. The floor includes a small mountain, several little hills, and a crater.