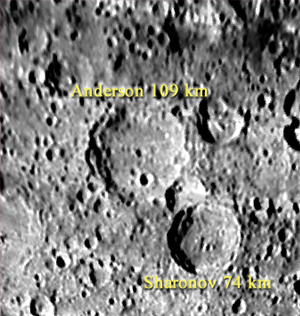 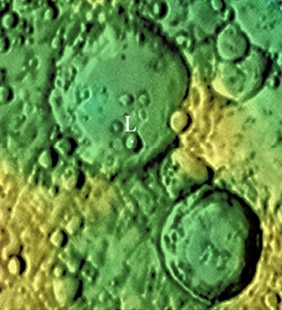 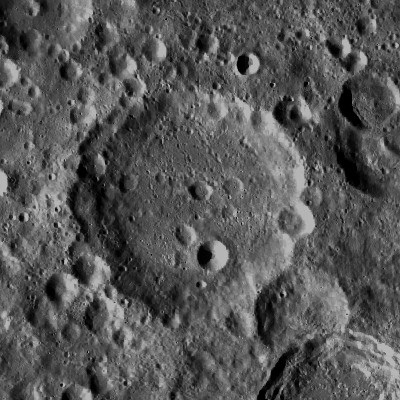 left: II-034-M, middle: USGS Color-coded LAC 68. The crater lies within the ~ 600 km-wide Freundlich-Sharonov basin which is Pre-nectarian in age (4.6 - 3.92 bn years ago), and there are several other smaller craters within Anderson. There is a note in Wikipedia referring to one of these, Anderson L, as the 'Anderson Finger'; however, why this is so has yet to be clarified.
right: LROC