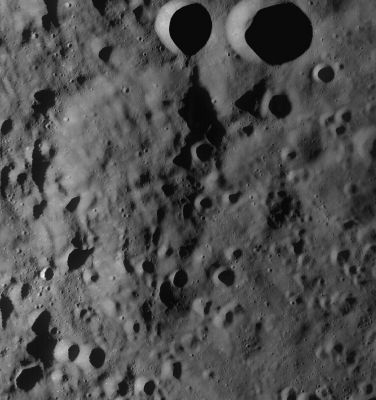 LROC image WAC No. M130911912ME.
Quite difficult to see, Swann is located just southwest of the two small craters seen at top of image (see 'Lettered Craters' below). 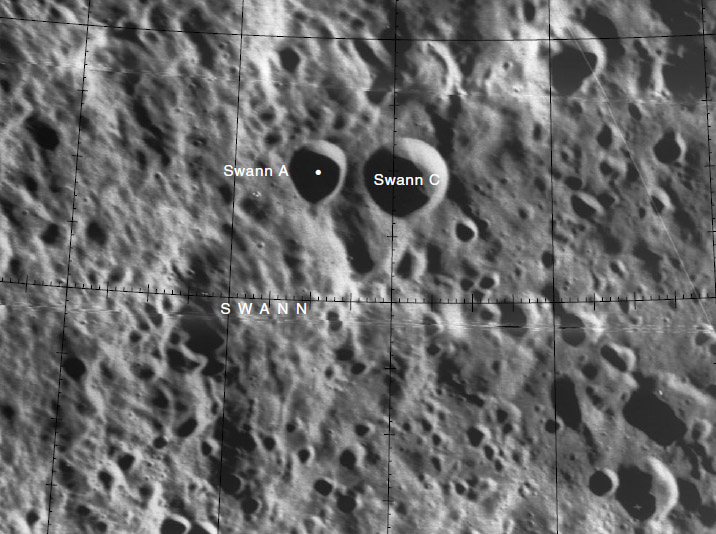 Graphic LAC No. 16. Excerpt from the USGS Digital Atlas of the Moon.