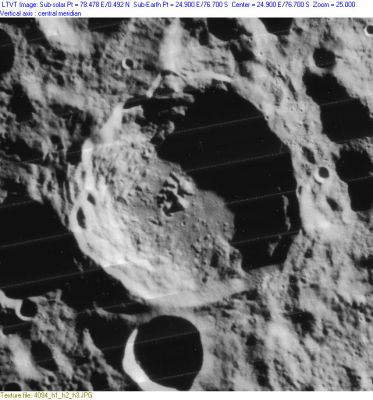 LPOD Photo Gallery Lunar Orbiter Images
- Although it is not mentioned in the LPI's search-list of orbital Apollo photographs, the crater called Schomberger WAS photographed during the mission of Apollo 15. It was captured a little bit above the centre of frame AS15-95-12988.
- Research: Danny Caes.

(IAU Directions) SCHOMBERGER.--A large walled-plain adjoining Simpelius on the S.E. Too near the limb for satisfactory observation.