(IAU Directions) PROCLUS.--One of the most brilliant objects on the moon's visible surface, and hence extremely difficult to observe satisfactorily. It is about 18 miles in diameter, with very steep walls, and, according to Schmidt, has a small crater on its west border, where Madler shows a break. It is questionable whether there is a central mountain. It is the centre of a number of radiating light streaks which partly traverse the Mare Crisium, and with those emanating from Picard, Peirce, and other objects thereon, form a very complicated system. 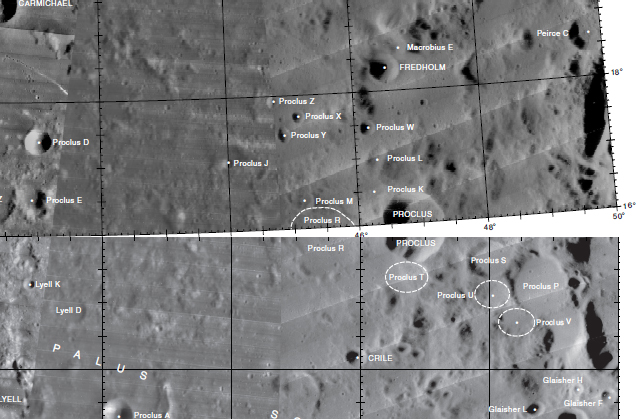 Mosaic image of LAC 43 and LAC 61. Excerpt from the USGS Digital Atlas of the Moon.