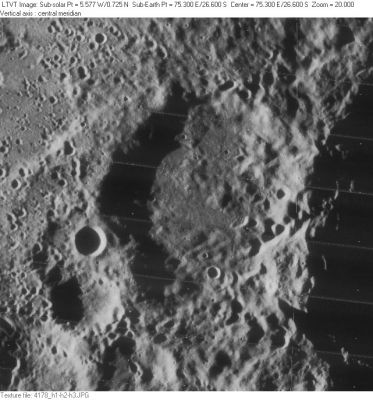 (IAU Directions) PHILLIPS.--Abuts on the W. side of W. Humboldt. It is a walled-plain, about 80 miles in length, with a border much broken on the W., and terraced within on the opposite side. There are many hills and ridges on the floor.