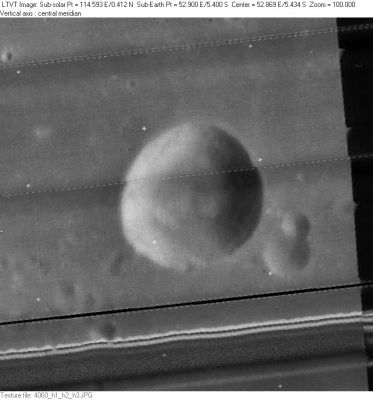 LO-IV-060H The small craters on the right are unnamed.

Charles Augustus Lindbergh (February 4, 1902 – August 26, 1974), known as "Lucky Lindy," was an American pilot famous for the first solo, non-stop flight across the Atlantic, from Roosevelt Field, Long Island, NY to Paris in 1927 in the "Spirit of St. Louis." In the ensuing deluge of publicity, Lindbergh became the world's best-known aviator.

Additional note: a small craterlet in the Taurus-Littrow Valley (the landing site of Apollo 17) seems to have been called Spirit (Spirit of St Louis).