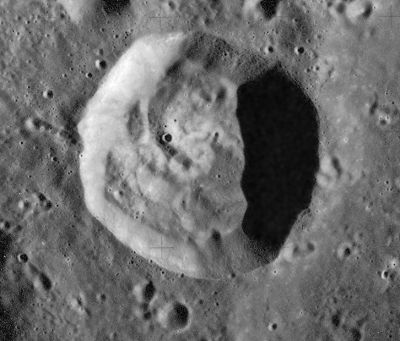 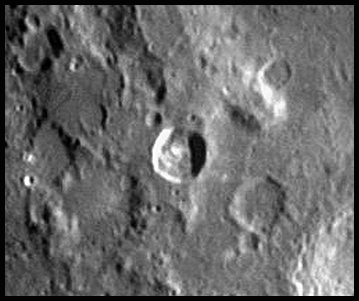 (IAU Directions) KANT.--A conspicuous ring-plain, 23 miles in diameter, situated in a mountainous district W. of Theophilus, with lofty terraced walls and a bright central peak. Adjoining it on the E. is a mountain mass, projecting from the coast-line of the Mare, on which there is a peak rising to more than 14,000 feet above the surface.

Immanuel Kant (22 April 1724 – 12 February 1804) was a German philosopher. He is regarded as one of the most influential thinkers of modern Europe and the last major philosopher of the Enlightenment.

Ring Around a Basin.