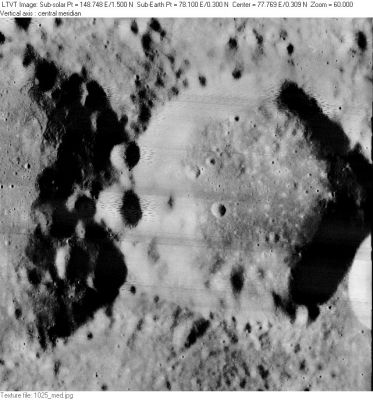 LO-I-025M The polygonal crater Jenkins is at center, sandwiched between 51-km Schubert X to the west and the bright inner wall of 20-km Schubert J on the east.