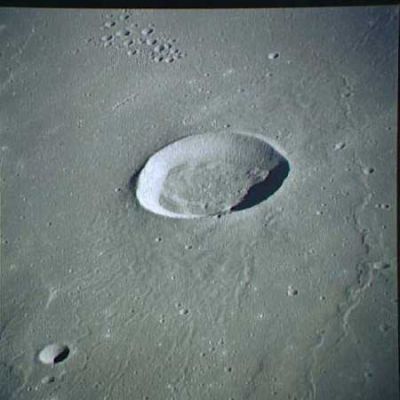 (IAU Directions) GRUITHUISEN.--This ring-plain, 10 miles in diameter, is situated on the Mare Imbrium on the N.W. of Delisle. It is associated with a number of ridges trending towards the region N. of Aristarchus and Herodotus.