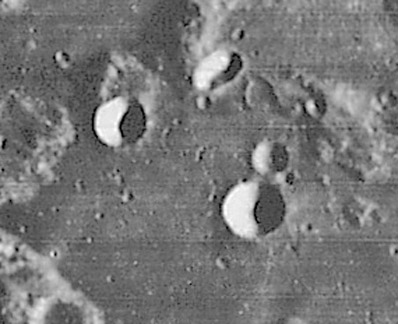 LOIV-073-H3 Franck is the circular crater to the lower right of center. The smaller circular crater in the upper left is Brewster. The still smaller craters are not named, but the large enclosures partially visible along the top margin are Römer R (upper left) and Römer T (upper right). Franck and Brewster are themselves in Sinus Amoris.