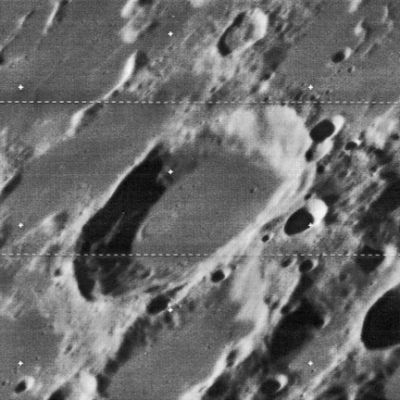 Dubyago is one of a number of mare lava flooded craters that are part of Mare Undarum. This area is like a miniature Mare Australe and makes me wonder if there is an ancient undetected basin there. Dubyago's central peak is completely invisible (covered by lava?) and the terraces are largely smoothed out. The Orbiter image suggests that the crater on the floor of Dubyago may be a concentric crater - it seems to have an inner ring, but it looks flooded too. - tychocrater Jun 30, 2007