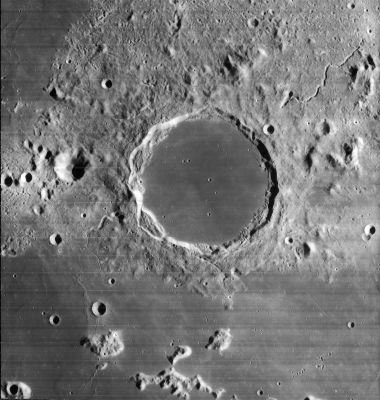 Lunar Orbiter IV-127-H3 (submitted by Stefan Lammel). Bliss is the somewhat irregular bowl-shaped crater to the left (west) of Plato. The IAU's Alpes A (also classically known as Plato A or A') is out of the field to the right.

Peach-Pod (an extraordinary close-up of Plato, with Bliss west of it).
Tell me a Story
Blissfully Deep