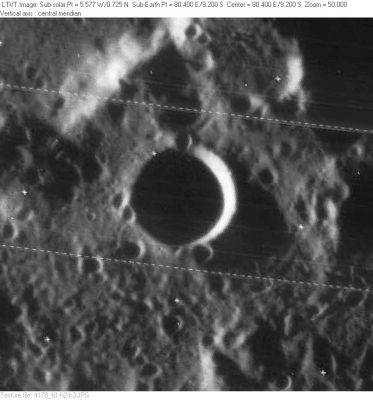 LO-IV-178H Black is in the center. The rim and floor of Kästner intrude in the upper left corner.