Babakin - on the floor of Fermi 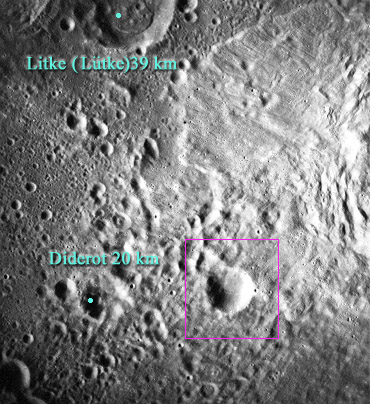 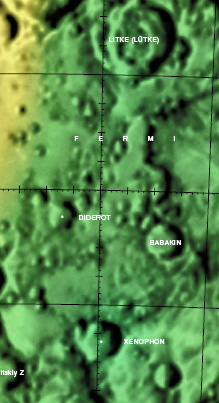 (Left) Annotated from AS15-M-1035 Note: west is top, north is right in the linked image. (Right) Color-coded LAC 101 from the USGS Digital Atlas

Babakin lies almost in the centre of the 183 km diameter-wide, pre-Nectarian crater (~ 4.6 to 3.92 bn years) Fermi. Having several small, pit-like craters in its centre as well on most of its rim, the crater displays a typical characteristic bowl-shaped appearance. The northern and western portions of the rim appears more worn, and a close-up view shows collapsed material within the crater itself about these regions. As Babakin appears to have impacted upon ejecta from mare-filled Tsiolkovskiy nearby -- a 185 km diameter crater of the Late Imbrium (3.8 - 3.2 bn years) period and out of picture to the east -- the crater may therefore be younger. - JohnMoore2