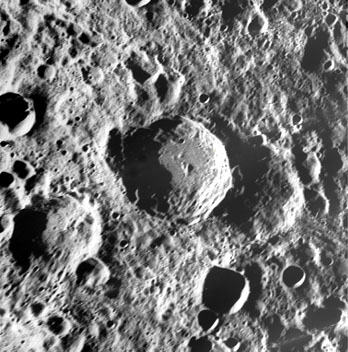 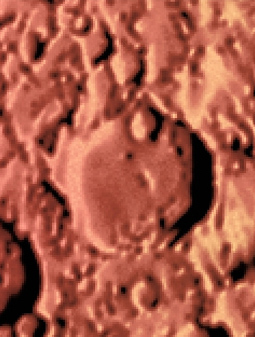 Artem'ev formed during the Early Imbrium epoch -- 3.85 - 3.8 bn years ago. Several small craters as well as two to three small peaks lie on its relatively flat floor -- the southern portion of which seems to be covered by collapsed rim material more than is northern portion. The crater has impacted upon an older crater, Artem'ev G, to the east, and both lie on ejecta deposits formed from the Hertzsprung Basin (Nec ~ 3.92 - 3.85 bn old) whose centre lies some 600 kilometres away in the south-east direction. - JohnMoore2