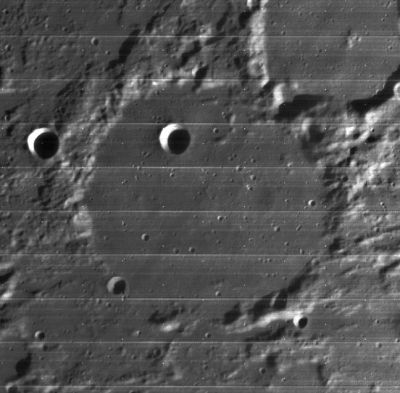 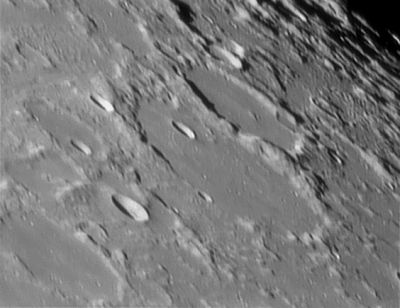 (IAU Directions) ARNOLD.--A great enclosure, bounded, like so many other formations hereabouts, by straight parallel walls. There is a somewhat smaller walled-plain adjoining it on the E.

Arnold - Not the Governor