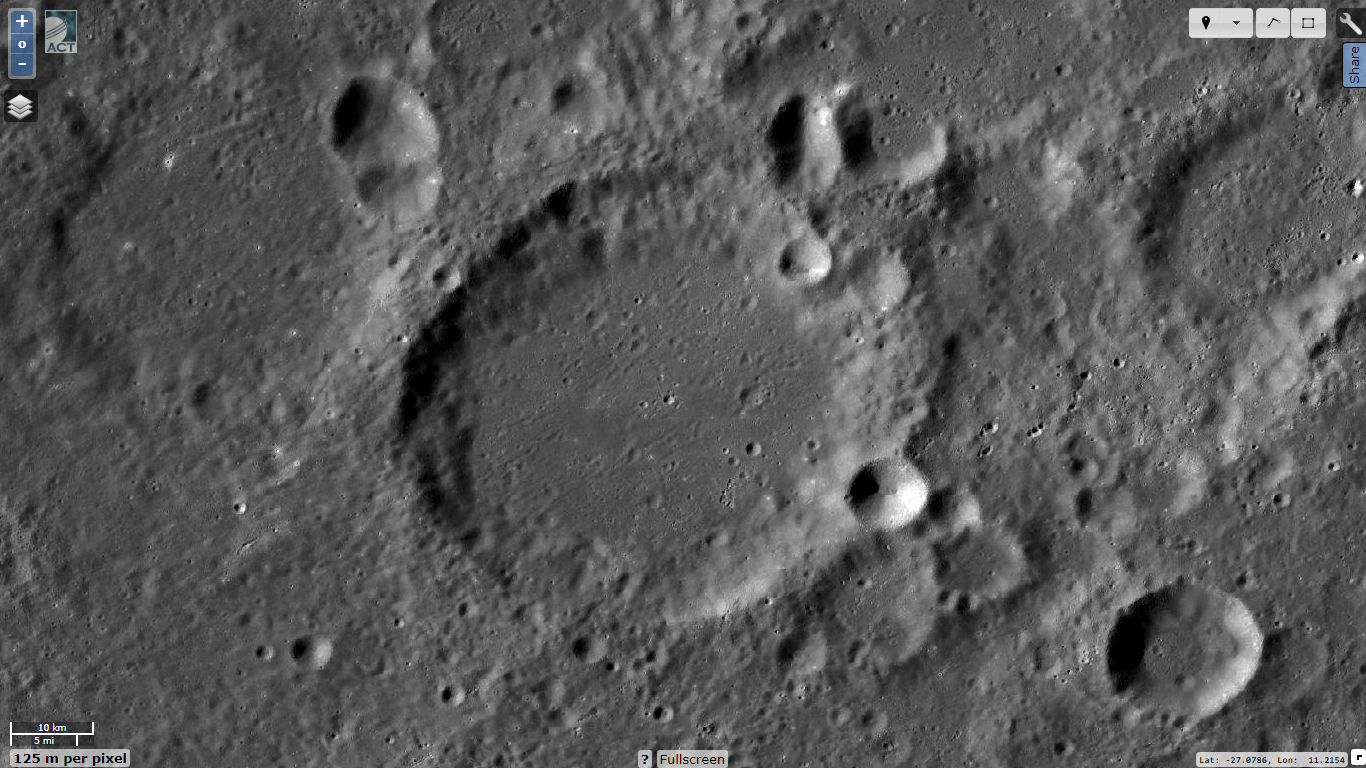 (IAU Directions) APIANUS.--A magnificent ring-plain, 38 miles in diameter, N.E. of Aliacensis, with lofty terraced walls, rising on the N.W. to about 9,000 feet above the interior, and crowned on the E. by three large conspicuous craters. The border is broken on the N. by a smaller depression and a large ring with low walls. The dark-grey floor appears to be devoid of conspicuous detail.