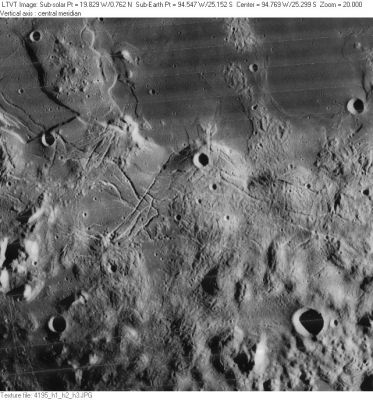 LO-IV-195H The rilles across the middle of this view of the southern part of Mare Orientale are a small part of the larger zone known as Rimae Pettit. However, the ones in the extreme lower left corner are part of a separately-named system: Rimae Focas. The prominent crater is Shuleykin. The other craters are not named.