This page follows along the same aims in that of the original Miscellany page -- that is, to include occasional images from LPOD that have been annotated to aid in discussion. If you would like to add an image relevant to an LPOD, then please see directions at end of this page for help (it's so simple). Visit also the third part of the Miscellany pages: Miscellany 3

Annotated image below using the Apollo WMS Image Map may aid in identification in some of the craters mentioned in LPOD 3 June 2009. 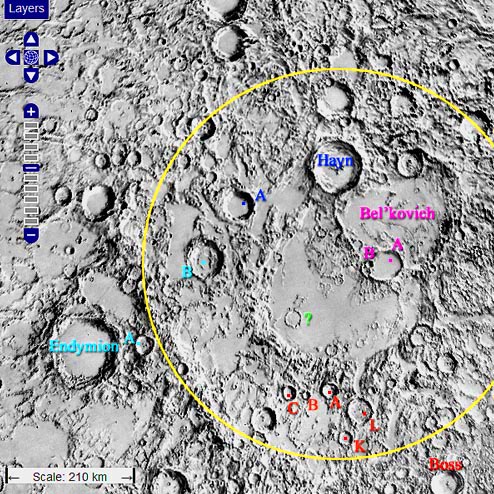 Annotated image below shows confirmational aspects of the mountain peak in relation to LPOD 11 June 2009. Top, shows an LTVT aerial view of the original image by Yuri Goryachko, Mikhail Abgarian, Konstantin Morozov. Middle, shows also another LTVT aerial view of the same region using a Clementine image. Bottom, shows the same region in a shaded relief map (all three images approximately have the same LTVT aerial view, scale and zoom properties). The red dot in the top and bottom image represents the mountain peak, the pink line in the top image was initallly used as a reference line to ensure exact peak location, and the blue aqua line in the middle image represents features close on the moon's limb at time of photograph taken (note, how Compton's peaks just lie close to this limb line). Reference to the three images together should be seen in the light of discussions that arised out of the original LPOD. 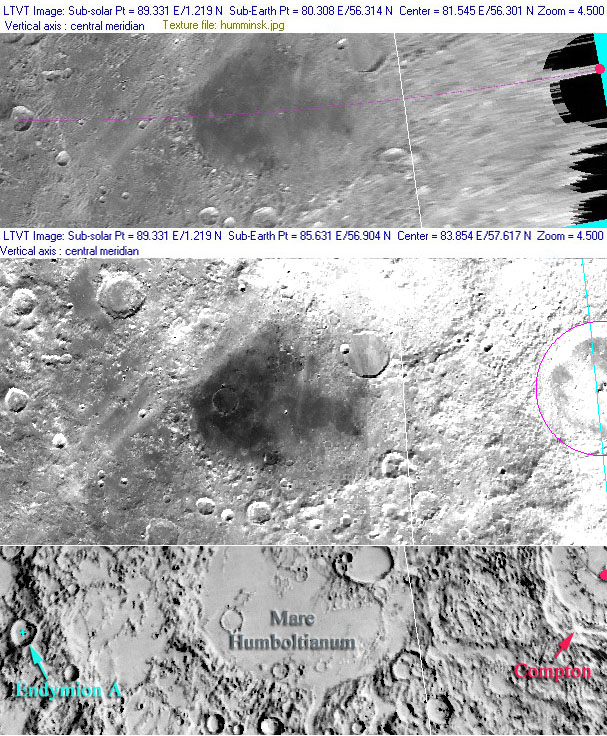 In reference to July 17 LPOD discussion. 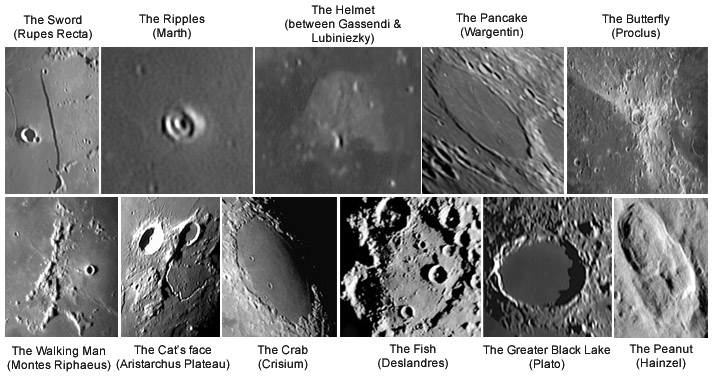 ADDING TEXT & IMAGE TO THIS PAGE
Just like as in the WikiMoon pages all you have to do is:
(1)Click on 'Edit This Page' above,
(2)Place the cursor on the page on where you want the image to appear,
(3)Click the green icon (just left of the blue-looking TV icon) on the top, and click on 'Upload Files' and 'Browse',
(4)Find the image in your own file system on your own computer, and open it,
(5)Clicking on 'Upload' will install a small version of your image, and to insert it all you have to do is do a 'double-click' on it -- you're done....the image appears in the main page!
(6) Add some text, and to finish, just click 'Save'.
If you need to re-edit it later, just go to 'Edit This Page' again. You can experiment around as much as you like, until you're satisfied with the final version. Don't worry, you won't be criticised for your effort or anything like that, but your contribution will certainly be appreciated.
Retrieved from "http://the-moon.us/index.php?title=Miscellany2&oldid=17584"