Humboldt - and concentric crater N°13 on its floor 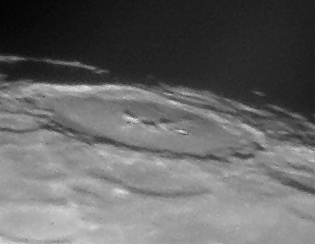 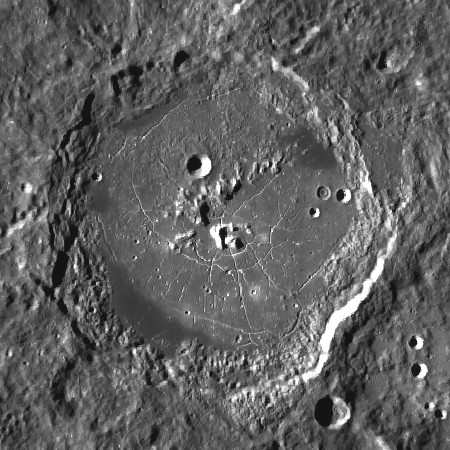 (IAU Directions) W. HUMBOLDT.-- Though close to the limb, this enormous wall-surrounded plain, some 130 miles in extreme length, and estimated to have an area of 12,000 square miles, is well worth observing under suitable conditions. It ranks among the largest formations of its class, and in many respects resembles Bailly on the S.W. limb. At one point on the W. a peak rises to 16,000 feet, and on the opposite side there are peaks nearly as high. The floor contains some detail--a crater, nearly central, associated with ridges, and two dark spots, one at the S. and the other at the N. end.