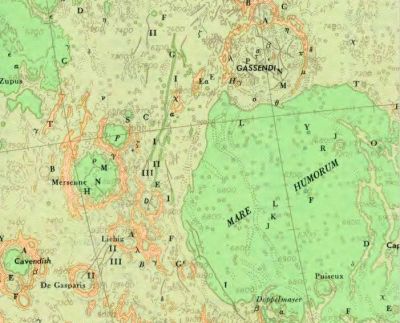 Army Map Service, 1964 An interpretation of the Liebig rilles listed in Named Lunar Formations (1935). Liebig Ir is pictured near the western shore of Mare Humorum, somewhat close to the modern Rupes Liebig. Liebig IIr and IIIr are pictured to the southwest of Liebig.