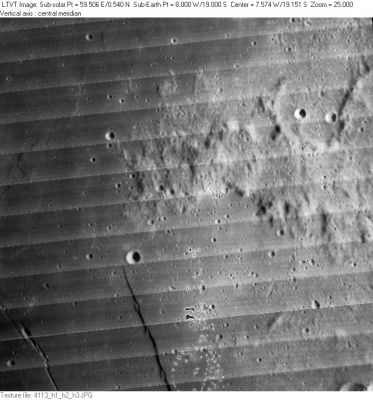 LO-IV-113H Promontorium Taenarium is the western part of the hilly peninsula sweeping across the frame from the east. The small circular craters just west of the headland are 4-km Lassell S (in the north) and 5-km Thebit D (in the south). Thebit D is at the northern end of the “Straight Wall” (Rupes Recta), visible as the dark gash running to the lower margin. The channel to its west is a part of the Rima Birt.