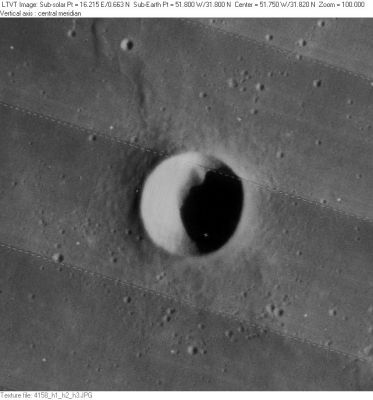 LO-IV-158H
The vaguely depicted wrinkle ridge at "Eleven O'Clock" from crater Nielsen is just the southern part of the very pronounced (officially unnamed) Dorsum which runs all the way to the north-northwest, toward Mons Rumker. It would be interesting to call this pronounced wrinkle ridge Dorsum Nielsen-Rumker.

Where in the Moon is Nielsen Sheet 8