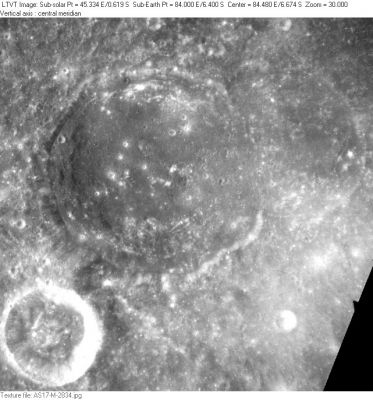 AS17-M-2834 Kiess is the large crater slightly above and to the left of center, which overlays the smaller Widmannstätten in the upper right. The fresher 30-km crater in the lower left is Kästner S.