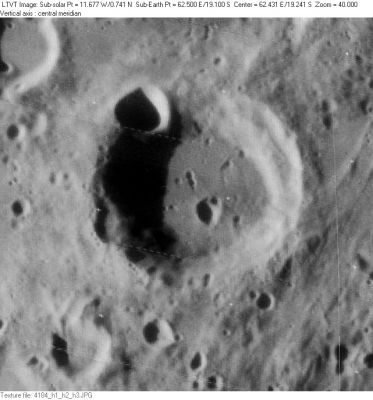 LO-IV-184H Holden is just outside southeast rim of Vendelinus, whose floor is partially visible in the upper left. The 10-km crater on Holden’s northwest rim (also part of the rim of Vendelinus) is Holden V. The irregular 15-km crater in the lower left corner is Holden S.