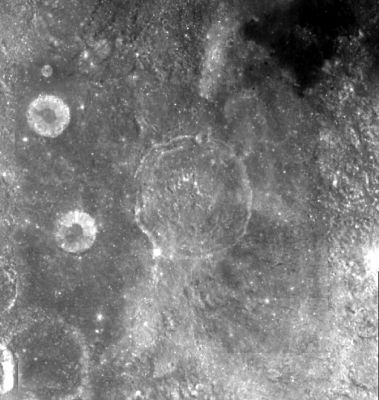 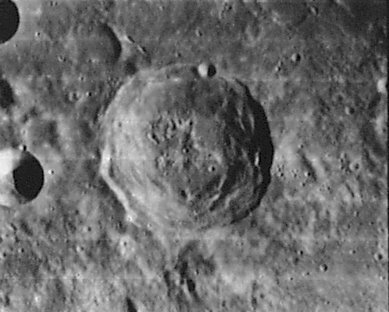 (IAU Directions) DELAMBRE.--A conspicuous ring-plain, 32 miles in diameter, a little S. of the equator, in E. long. 17 deg. 30 min., with a massive polygonal border, terraced within, rising on the E. to the great height of 15,000 feet above the interior, but to little more than half this on the opposite side. Its outline approximates to that of a pentagon with slightly curved sides. A section on the S.W. exhibits an inflexion towards the centre. The crest is everywhere continuous except on the N., where it is broken by a deep crater with a bright rim. The north-westerly trend of the ridges and hillocks on the W. is especially noteworthy. The central peak is not prominent, but close under it on the W. is a deep fissure, extending from near the centre, and dying out before it reaches the S. border. At the foot of the N.W. glacis there are traces of a ring with low walls.

A Gray Day. How Deep is that Hole? Subtle Lineations