In the unpublished catalog

every crater was classified according to its morphology. This had rarely been attempted before and the LPL Catalog offered valuable new information. Fresh craters were classified into 5 different morphologies: 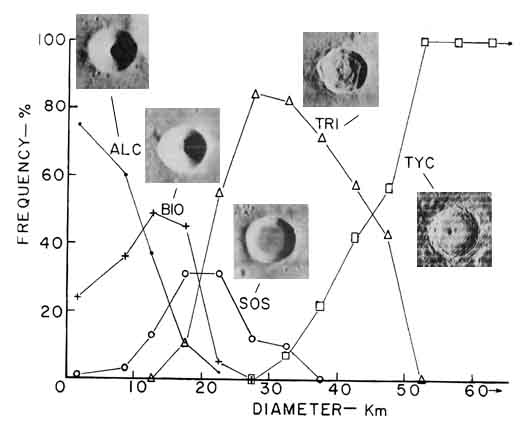 Degraded craters had additional classifications including ABU, CAP, GAM, and UNC - these will be described later.

Because the LPL Catalog was never published the classification information remains unavailable 30 years later. Classifications are on a partial copy of the LPL Catalog and they will be added, slowly, to the Moon Wiki. None of the farside craters had been classified so skilled visitors to the Moon Wiki can examine images of those craters and add classifications to the Additional Information sections of page; when approved each will be transfered to the data block at top.