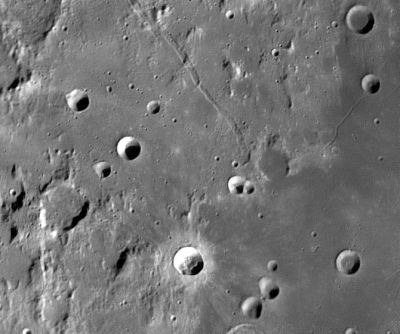 Mike Wirths; The Cayley Formation is the smooth material on the middle-left side. North to the upper right. The bright crater is Dionysius. The crater Cayley (after which the formation is named) is the large circular crater to the left of center. The rille is Rima Ariadaeus.