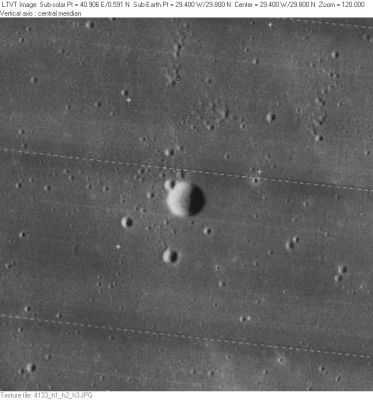 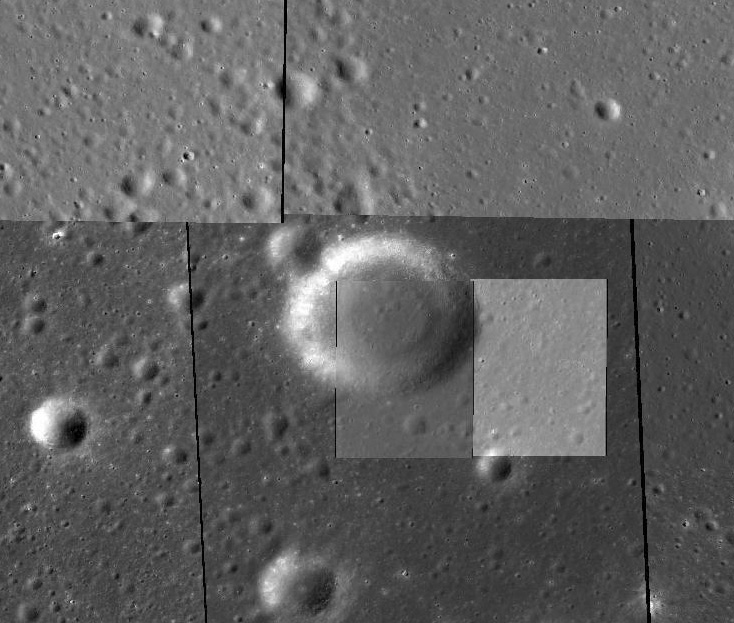 LRO-NAC image
Caventou (La Hire D) and its two small "companions" at 6:30 and 8:00 (which create some sort of "triangle" with Caventou itself; an easy to recognize figure on orbital photographs!).

Believe it or not, small rimless Caventou is also detectable on Chart 21 of the 21st Century Atlas of the Moon (C.A.Wood/ M.Collins). Its location is F3, slightly to the right of the unnamed twin which looks like some sort of astronomer's "binary system". - DannyCaes Oct 5, 2013

Caventou is a small rimless pit, but... is it a volcanic collapse or an impact crater whose outside is surrounded by mare lavas? No evidence of lava flowing over rim so probably a volcanic collapse. This is the type of inconspicuous crater that should not have been given a name, rather than keeping its historic designation of La Hire D. Other examples of such small inconspicuous IAU-named craters: Amontons and Pupin.