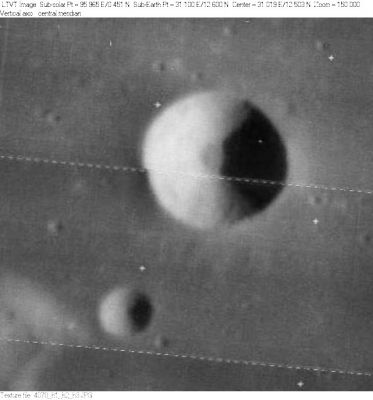 LO-IV-078H The smaller crater is not named.