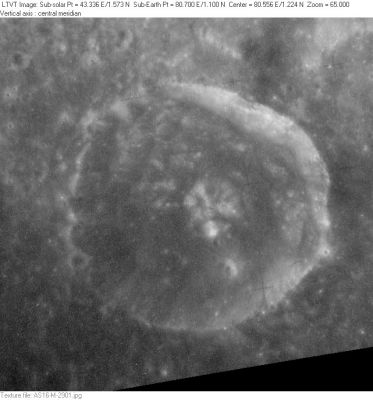 AS-16-M-2901 The contrast is low because of the relatively high sun angle in this Metric Camera view from Apollo 16.