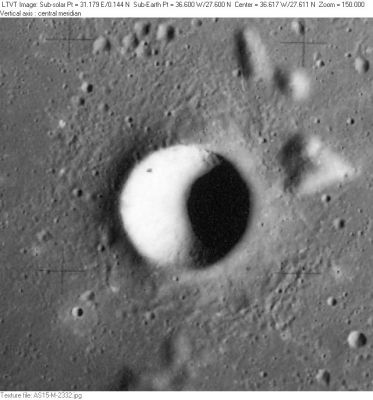 Apollo 15 M-2332
Bowl shaped crater Artsimovich and the curious arrowhead shaped hillock east-northeast of it, which is an interesting "signpost" to recognize this crater on telescopic or orbital photographs.- DannyCaes Aug 2, 2014