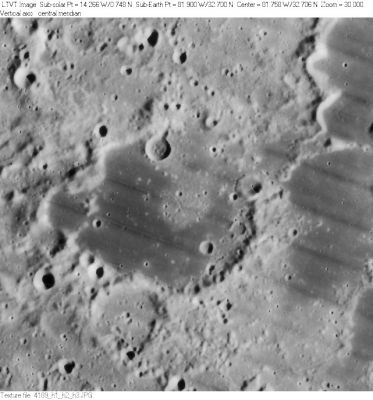 (IAU Directions) ULUGH BEIGH.--A good-sized ring-plain, W. of Lichtenberg, with a bright border and central mountain. Too near the limb for observation.

Ulugh Beigh A has a neat zig-zaggy sinuous rille on the ESE part of its floor, see: http://bit.ly/2CqdfFC