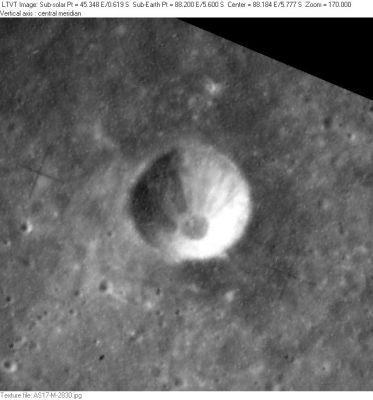 AS17-M-2830 The fact that Tucker’s floor appears strongly offset from its rim is at least partially an effect of perspective. In this north-up rectified Apollo Metric Camera view, Tucker was near the edge of the original frame (and therefore viewed at an oblique angle from the south).