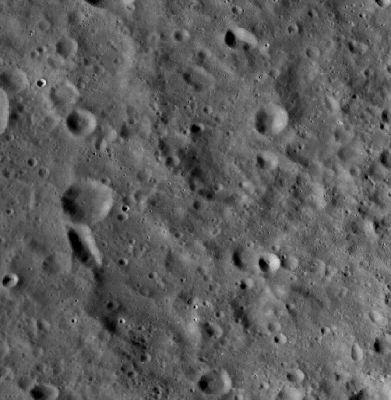 LROC image WAC No. M103452439ME. Extremely hard to detect in this image, the lettered craters' image below might be of help. Calibrated by LROC_WAC_Previewer.

LPOD Photo Gallery Lunar Orbiter Images Apollo Images
The LPI's Hi-Res scan of Lunar Orbiter 5's frame LOV-085-med shows the location of Tikhomirov near the frame's lower margin. Even in these low-sun circumstances (pre-sunset light from the west) it is quite a task to try to recognize the formation officially known as Tikhomirov.
Research Danny Caes 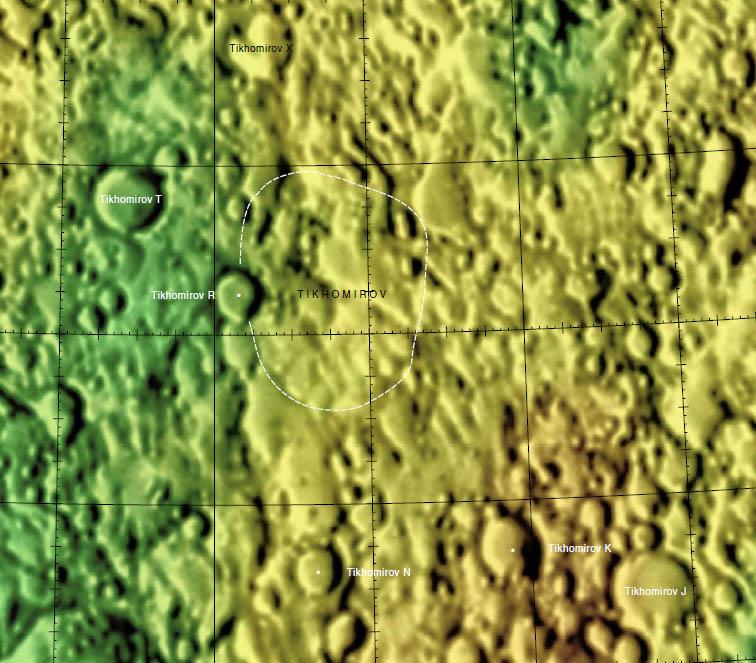 Graphic LAC No. 49. Excerpt from the USGS Digital Atlas of the Moon.