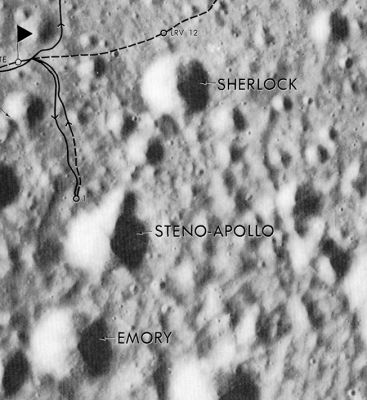 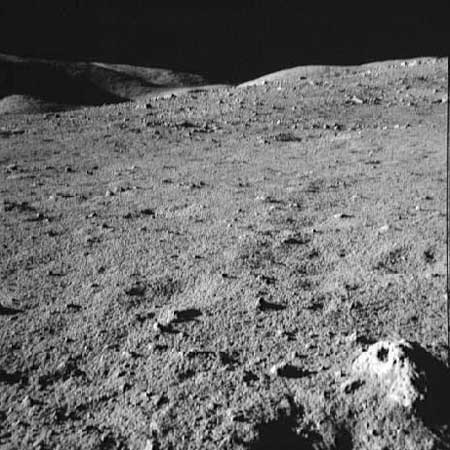 LPOD Photo Gallery Lunar Orbiter Images Apollo Images from air
Apollo images from ground (Steno-Apollo is 150 m south of Station 1 on EVA-1, the astronauts did not get close enough to look into the bowl of the crater), see Magazine 136


The visibility of Apollo 17's LM from southern Station 1