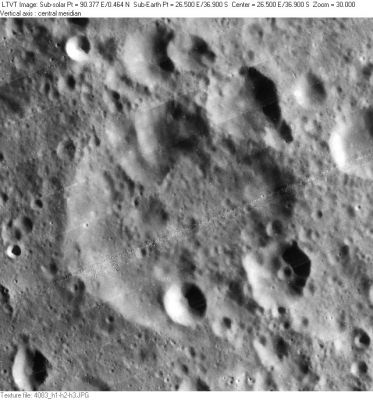 (IAU Directions) RICCIUS.--A ring-plain, 51 miles in diameter, of a very irregular type, S.W. of Stiborius. It is enclosed by a complex wall (which is in places double), broken by large rings on the S. The very conspicuous little ring-plain Riccius A is situated on the N. of it, and other less prominent features. The interior includes a bright crater and some smaller objects of the same class.